Skip to content
Home / In the Media / Farm shops have evolved hugely from when produce was sold from a small stall at the farm gate.

Farm shops have evolved hugely from when produce was sold from a small stall at the farm gate.

From the accelerated need for strong, reliable and fast connectivity and IT, to fresh app development, point of sale and online presence, Ulster Business looks at the booming areas of technology buoyed by a year like no other

That’s according to Conal Henry, co-founder of full-fibre broadband business Fibrus. He says an initial £100m investment could double to £200m as the firm rolls out its network to towns and villages across Northern Ireland.

The last few weeks have not only brought the importance of high-speed home internet connections to the fore – as home working becomes part-and-parcel of many lives – but has also accelerated both the ingenuity for short-notice solutions to unparalleled problems, and ramped up demand for other tech which has become a requirement across our hospitality businesses, retailers and other sectors.

From an infrastructure perspective, anyone will know from experience in the last few months that trying to access a work virtual private network (VPN) or host a Zoom webinar using an unreliable or slow connection is as unproductive as it is frustrating.

“Our focus is a way from the big cities. It’s more rural and regional,” Conal says.

“Those are the places that need it. If you look at the way investment goes in telecoms, we talk about it going in twos – people in Belfast and Derry have access to two top quality networks, whereas people in places like Omagh and Strabane have access to none.”

Fibrus has announced a plan to plug any remaining gaps in coverage here so that 100% of Northern Ireland homes have full fibre by 2025.

And BT’s engineering arm, Openreach, has also now announced an equally ambitious roll-out of fullfibre to almost 100 towns and villages across Northern Ireland.

“This is important to us as we look to play a role in the economic recovery and long-term growth of NI,” Mairead Meyer, director of Openreach Northern Ireland, said.

“Ensuring that we’re balanced in our build programme is central to this and our engineers are building to over 750 homes every day in both rural and urban areas. In addition, we also have schemes in place, such as our ‘Community Fibre Partnerships, which is bringing broadband to areas that are harder to reach and making sure no one gets left behind.

“To support the build programme, we’ve also announced that we’re recruiting over 100 apprentice engineers across the region between now and March 2021.”

But technology has also been at the forefront in the adaptation needed among many of our businesses, with Covid-19 creating a demand for creative solutions which would have seemed either
excessive or unnecessary just six months ago. That includes the use of smartphone apps to allow customers of hospitality businesses to browse, order and pay at their tables – avoiding menus, cash
and physical contact with card machines, along with simplifying the process of table service.

“Bar serving areas are traditionally the busiest point of any establishment, and by utilising our app, businesses can move that congestion from physical to virtual seamlessly and effectively,” Eunan
McConville, founder of B Express says.

“I would encourage any bar, pub or restaurant business to check out the app and see how we can cost effectively support your business in the coming months.”

The app has already been rolled out across a number of restaurants and bars, including Cargo by Vertigo, located in the Titanic Quarter.

“With social distancing set to be a central feature within the hospitality sector for some time, our locally developed app can help venues adhere to regulations, keep their customers safe and ensure
efficient order and payment for food and drink, right from the comfort of their table or designated area,” Eunan says.

Elsewhere, brothers, Ryan and Mark Fegan from Keady in Co Armagh have developed DrinkApp, which allows pub and restaurant owners to accept drink orders from patrons without ever having to go near their table or serve them across a crowded bar.

Meanwhile, Covid-19 has sparked an “e-commerce revolution for traditional local retailers”, according to a Northern Ireland digital growth agency.

Grofuse says that 80% of smaller, independent, grocery retailers surveyed say they have been “adapting to online trading or actively exploring e-commerce” following the pandemic outbreak.

And of the 50 small retailers surveyed, more than half (58%) turned to taking orders using social media as a stop-gap trading solution when in-store footfall plummeted during the spring-summer
lockdown.

“The mindsets of retailers have been changed in huge numbers by the pandemic fallout,” Grofuse digital director, Denis Finnegan, says.

“When footfall dropped, many retailers – including butchers, farm shops, artisan bakers, off licences, delis and others – turned to social media to take orders for collection or home delivery.

Having quickly discovered the shortfalls of social media for online trading, many retailers are now turning to or at least exploring cost-effective online ordering platforms like Mercury Order.

“The fear of losing customers to larger competitors which offer online shopping for collection and/or delivery services, is driving many smaller retailers to finally cross the online shopping Rubicon.”

And looking at the expansion of the full-fibre networks – on top of the increased development of 5G technology – Conal Henry of Fibrus said while the firm is initially targeting 150,000 homes, that number could rise to more than 200,000 with additional investment.

“Expanding on the £100m, we announced that having the target project we had been looking at gaps… that will probably take another £100m. We are still working through that but it could be as
many as 200,000 homes done here on our own investment.

“(Covid-19) has made the case that people need full-fibre broadband,” he says.

“This is a long run investment and we would have always seen that uptake in demand happening in the long run, but it has probably accelerate people’s understanding of it. Particularly towards the older end of the demographic.” 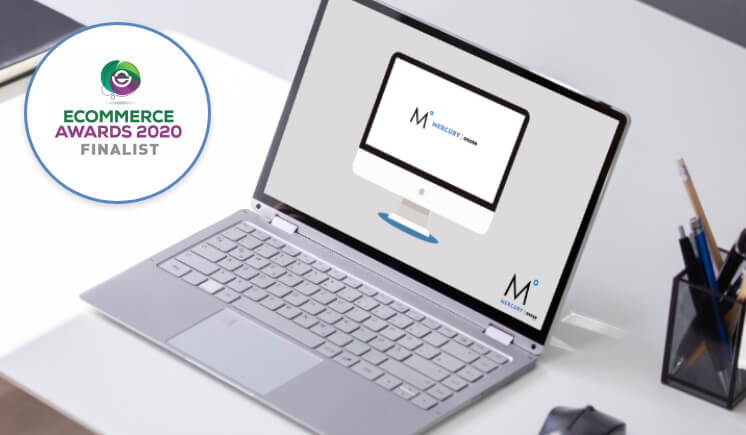 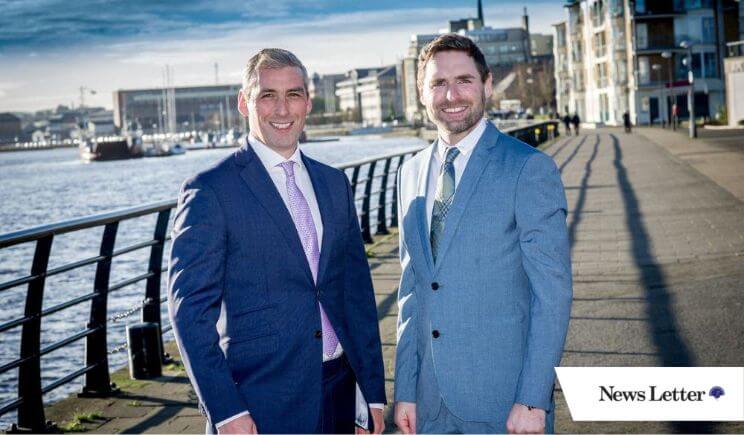 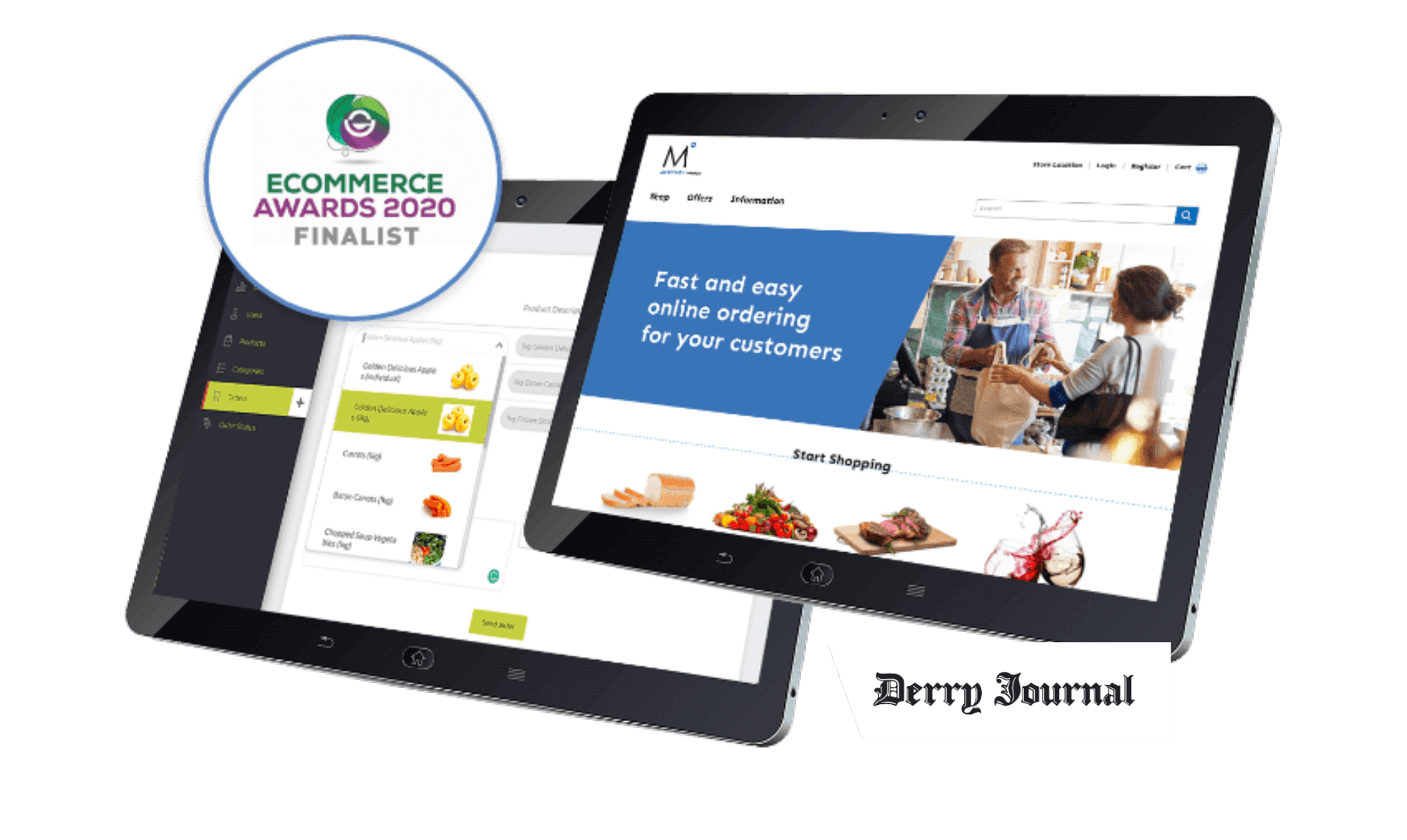 Don’t leave us just yet …